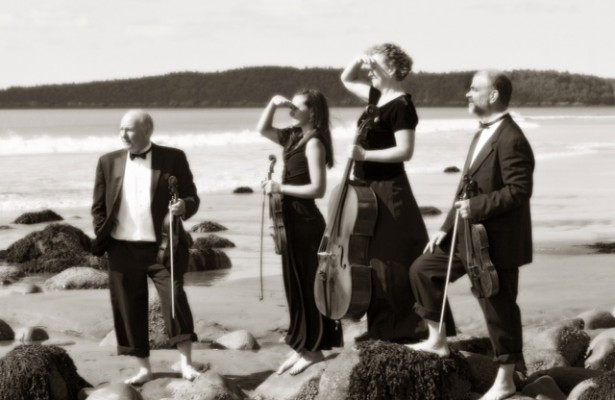 At Symphony New Brunswick’s Annual General Meeting Sunday afternoon, the Symphony announced that a formal search for a new Music Director has commenced. The position will be advertised before the end of the month. Michael Newnham left the position last May and was appointed Principal Guest Conductor of the Symphony. Newnham will conduct the Symphony’s presentation of “Messiah” in December; but guest conductors will lead the remainder of the Symphony’s concerts this season and next. Mélanie Léonard, conductor of the Sudbury Symphony, conducted SNB’s successful tour last week and Bernhard Gueller, Music Director of Symphony Nova Scotia will be on the podium in November. Reid Parker, president of the Symphony, said some of the guests will be candidates for the position and he invited audience participation in the selection process. “Comments on each concert can be sent to the Symphony’s e-mail address and they will be considered by the Search Committee.” Parker also said he hoped an appointment can be made near the end of the 2019-2020 season.

The Symphony announced that it earned a surplus of $10,000 on its operations during the fiscal year ended June 30, 2018. Symphony treasurer Cathy Rignanesi attributed the results to increased ticket revenue and a larger grant from Symphony New Brunswick Foundation Inc. “The Symphony added a concert to its ‘Bravo’ Main Series last season which helped boost revenue but the results can also be attributed to the Christmas tour featuring David Myles which sold out in Saint John and Fredericton.”

At the Annual General Meeting, two directors whose term on the board had expired were re-elected. The board consists of Parker, Michael Wennberg, David Barry and Ellen Desmond, all of Rothesay; Rignanesi of Quispamsis; Peter Hyslop of Hartland; Kathryn Hamer-Edwards of Sackville and Brian Baxter of Shediac Cape. In an organizational board meeting following the AGM, the officers were re-appointed: Reid Parker, president, Cathy Rignanesi, treasurer and Ellen Desmond, secretary.

The Symphony’s next concert series occurs November 12-14 in Moncton, Fredericton and Saint John respectively. Bernhard Gueller returns for his third guest conducting appearance with SNB and will conduct Joseph Haydn’s popular Symphony no. 104 in D (“London”), the Beethoven Piano Concerto no. 3 in C Minor with 27-year-old superstar Leonie Rettig, and the famous Adagio by American composer Samuel Barber.

For more information about the Symphony and its activities, please contact: