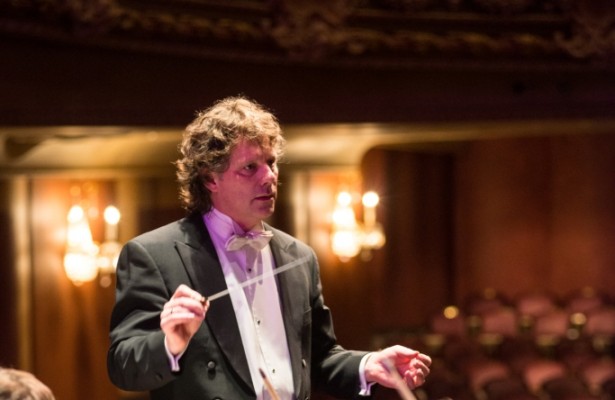 Symphony New Brunswick President Reid Parker has announced that Michael Newnham will be relinquishing his position as Music Director at the end of the Symphony’s 2017-2018 season.  Newnham has been appointed Principal Guest Conductor of the Symphony and will return during the 2018-2019 season for the Christmas concert tour late in 2018.

Parker said, “Maestro Newnham has done an outstanding job with the Symphony over the nine years he has held this position.  The Orchestra has reached a new standard of excellence under Michael’s leadership that has far exceeded our expectations.  We are very grateful to him for his achievements and wish him the very best as he pursues his career.”

In selecting a new conductor, Parker said the Symphony will consider alternatives over the next few months but no decision will be made at least until the end of the 2018-2019 season. “We need to take our time and carefully choose someone who can continue to build on Michael’s accomplishments, taking our symphony to new heights of artistic development.”

In the meantime, the Symphony has engaged a number of guest conductors for next season.  Details of the 2018-2019 concerts, including the names and biographies of guest conductors, will be released early in May 2018.  Parker said, “Planning for next season is well underway and I’m confident Symphony fans will be treated to an exciting line-up of great works and fine guest artists.”

Until a decision is made about Maestro Newnham’s successor, artistic planning for the Symphony will be overseen by two senior members of the Orchestra, SNB’s General Manager and two members of the Board of Directors assisted by an external advisor.

Newnham returns to the podium for Bravo Series concert tours with the Orchestra in March and May.  His final concerts as Music Director will be May 14-16, 2018 in Moncton, Fredericton and Saint John with guest pianist and former New Brunswicker, Philip Thomson.