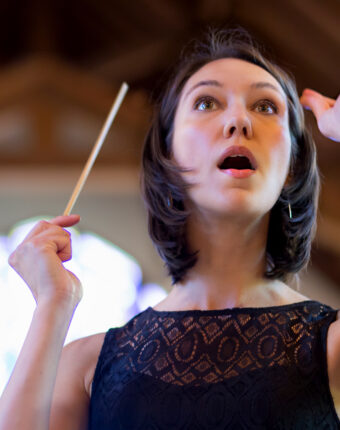 Celebrating our future, this program brings back guest conductor Janna sailor. We finally get to present the amazing Rob Dutton as soloist in a Serenade by David Sampson; and to feature some of Tchaikovsky’s Serenade for Strings, therewith insisting that whatever the season, there is warmth and joy to be is found in music. The Symphony, #49 by Josef Haydn “La Passione” is the icing on this wonderful end to the second half of SNB’s Camerata Season.