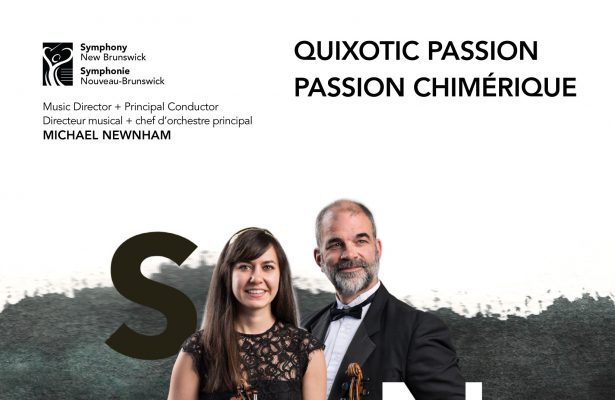 New Brunswick- After a two-month winter hiatus, Symphony New Brunswick returns to the stage with a program highlighting some of the greatest works of the 18th century. From the tilting-at-windmills romance of Telemann’s Don Quixote Suite, to the distilled passion of Haydn’s Symphony No. 49 in F minor, this concert explores the depths and sensitivity of some of the finest music from the Classical era. In addition, two of our Principal String players, Danielle Sametz and Christopher Buckley, will be featured soloists in Mozart’s majestic Sinfonia Concertante, K 364 for violin and viola.

One of the most celebrated baroque composers, Georg Philipp Telemann wrote his programmatic Don Quixote Suite in 1605. At this time, to write music that accompanies a storyline was of extreme rarity. Along with Vivaldi’s Four Seasons, this music foreshadows a movement that was most prominent in the late romantic period. In this series of short chapters illustrating the adventures of Don Quixote, every movement captures the essence and atmosphere of this chivalric tale.

Performing Mozart’s Sinfonia Concertante are SNB’s own Principal Violist, Christopher Buckley and Principal second violinist, Danielle Sametz. Both members of the Saint John String Quartet, playing together is certainly not unfamiliar. Sinfonia Concertante displays a level of depth unusual for works of the genre in Mozart’s era, which were more generally intended as light music for the aristocracy. A perfect meeting point between a concerto and a symphony, Mozart establishes these two musical worlds as being one layered whole, with bright interplays between the soloists combined with the elegant melodies in the orchestra.

To round out this program of Classical gems will be Haydn’s Symphony No. 49 ‘La Passione’. Haydn’s music, like Mozart’s, stands as an archetypal example of the Classical style. This particular symphony refers to the events of Good Friday, which will be coming up shortly after this series, and is exceptionally somber, dramatic and tragic, as befits its subtitle.

This program will be conducted by SNB Principal conductor Michael Newnham.