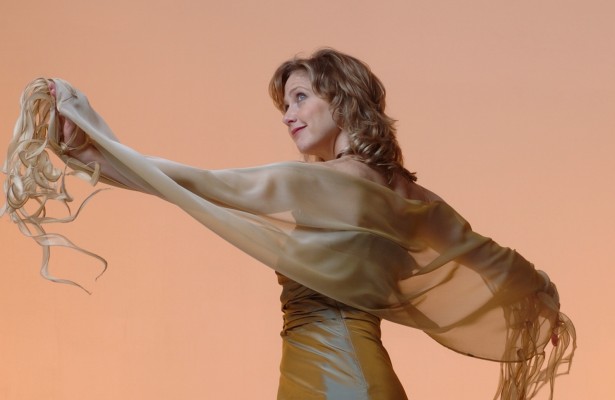 Camerata NB and Suzie LeBlanc join up again for an even more fantastic concert! Join them in Woodstock, Shediac or Rothesay to hear a concert of symphonies and songs by Mozart and Haydn. Read on for concert times, programs and notes…

Haydn wrote this, his first symphonic work for his new employer Prince Nikolaus Eszterházy, in the spring of 1761, shortly after joining the court. The Eszterházys maintained an excellent chamber orchestra and, with his first contribution for it in the symphonic genre, Haydn fully exploited the talents of the players. Haydn’s Symphony No. 6 includes some rare solo writing for the double bass and bassoon in the third movement .

It has been suggested that Haydn’s wrote the many solo passages in these early symphonies to curry favour not only with  his new employer ( who was fond of the Concerto Grosso form) but also and, perhaps more importantly, with the players upon whose goodwill he depended. Typically, players who performed challenging solo passages or displayed unusual virtuosity received extra financial reward. By highlighting virtually all of the players in this regard, Haydn was, literally, spreading the wealth. By highlighting Camerata NB players. We are just exposing the great wealth of talent that we are so fortunate to have in NB. The nickname, “Sunrise” is derived from the opening slow introduction of the first movement and the sunshine that tumbles out of the flute soon after.

Typical of the early Mozart Symphonies, this lighthearted symphony uses the expected sonata form and classical orchestration. This piece, however, is memorable for the ways in which it stretches the abilities of the winds. Having entered the classical symphony first as a means of emphasising the rhythm or the basic tonality, the winds are now pushed to a  virtuosity that makes them equal partners with the strings. Rather than using the winds in the usual accompanying manner, Mozart has the winds hold out pure light sounds which develop the harmonies and leave the strings free to gambol about with the melody like happy dancing children tormenting those unable to move as fast as they.

It’s all about Love at the Opera

In the delightful aria from the Marriage of Figaro, Suzanna, soon to become embroiled in an operatic pot-boiler but unaware of the tortures to come, sings of the sweet anticipation of love
In the Magic Flute Aria, Pamina in love with Tamino is in the full throes of torment as a result of Tamino’s temporary vow of silence. (Both Suzanna and Pamina get their men)

Mozart composed “Nehmt meinen Dank,” K. 383 in April of 1782 in admiration of his future sister-in-laws vocal talents. Aloysia Weber’s high coloratura voice must have been much like Suzie LeBlanc’s and with this virtuosic work, we get a small look into the beauty and wonder  of the relationship between artist and  muse.

The words to Exultate, Jubilate tell the story

O you blessed souls,
Rejoice, be glad,
Singing sweet songs;
In response to your singing
Let the heavens sing forth with me.

The friendly day shines forth,
both clouds and storms have fled now;
for the righteous there has arisen an unexpected calm.
Dark night reigned everywhere [before];
you who feared till now,
and joyful for this lucky dawn
give garlands and lilies with full right hand.

You, o crown of virgins,
grant us peace,
console our feelings,
from which our hearts sigh.