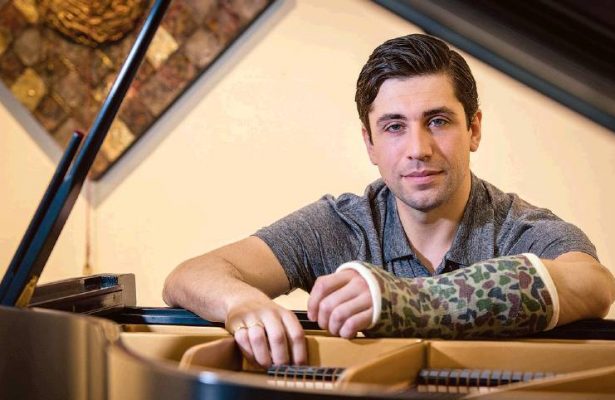 Back From The Break

This concert had to be rescheduled from September when the pianist broke his arm in a bicycle mishap. Now recovered and back in form, SNB is happy to present: Drama and More Drama

SNB’s newest ensemble, Résonance,  led by Principal Bassist, Andrew Miller will be preparing  a series of  multi media shows this season to demonstrate some of the more innovative configurations and relationships between the musicians and the various art forms. Andrew is joined for this program by SNB violinist, Danielle Sametz and guest pianist, Peter Mears

In a program of works that spans modernity from 1902 to 2012, this group will entertain, delight and surprise the whole family.

Join Us
November 30 in Fredericton at 7:30 in Room 101, McCain Hall at STU
December 10 in Saint John at the Saint John Arts Centre
Admission is $26 for Adults and $10 for Students; Children and STU Students are free.

A few words from Résonance about the program

-This show is called “Drama and More Drama” and each piece of music reflects some aspect of drama, literary arts, films or storytelling.

– One piece “Wager at the Eldorado Saloon” by Jon Deak, has the musicians telling a story (in this case an excerpt from Jack London’s Call of the Wild) as they play it…which can be a strange experience for us all.

– Another piece Eggs and Baskets by Tom Johnson for narrator and violin and bass takes a simple saying to its maximum extreme!

-Spiegel im Spiegel by Arvo Pärt for violin and piano, although was not written for a specific film, has nonetheless been in the soundtrack to many films of all sorts. This is likely because it sets a perfectly calm mood, and it seems to be both classical and contemporary at the same time.